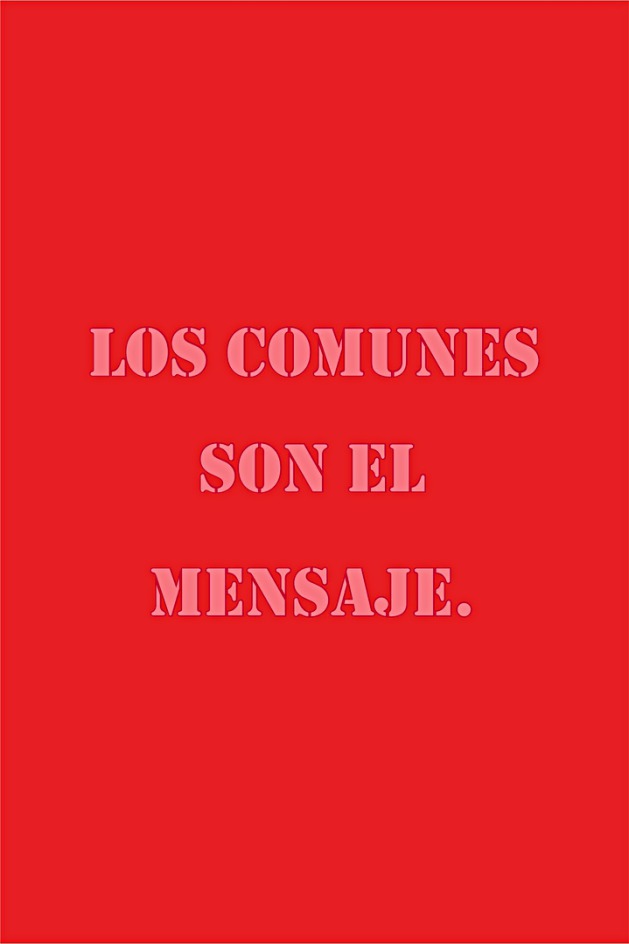 The ones without Godfather

From the collective to the affective

From the collective to the affective: feminist politics in contemporary art in Chile. A look at the exhibition Pan-border Turn

Between January and March of this year the group show Giro Panfronterizo (Pan-border Turn), promoted by the artist Katia Sepúlveda[3], was exhibited at the Galería Gabriela Mistral, bringing together the work of the collective of Peruvian artists and activists Hysterix, the Bolivian collective of artists and activists Pezones Metralleta (Machine Gun Nipples), and the Chilean artist Daniela Aravena. Victoria Aldunate, Margarita Calfío and Jessica Valladares. Were also invited to participate. After more than two years of work and a field stay in the tripartite border of Visviri, a production was generated that takes a critical feminist, post-porn, post- and decolonial stance on the conflicts of borders and limits on various levels that are politically significant for our present. In a certain sense, this exhibition follows Benjamin's approach to artistic production: that it always involves taking a stance and the impossibility of evading certain commitments (either to the existing system or to its transformation). For this positioning, there is no aesthetic or rhetorical formula, but rather experimentation with different languages, quotations and references to our histories, blurring the boundaries of the idea of the autonomy of art and proposals that propose other possible horizons, in Rancière's way, are necessary to enliven art in institutional and academic circuits, especially political art. Even though, if we follow Chantal Mouffe, we must accept that all art is political, as it can either contribute to the counter-hegemonic struggle or to the reproduction of the status quo.

Any attempt to define the latter only from an academic perspective, and without problematize its relationship with the action of everyday life, is clearly elitist and comfortable, far removed from the quest for the emancipation of human beings, which is proper to politics. To think of art and activism as separate spheres is an illusion that can constitute a great danger, that of returning to a naïve essentialism, where art and life seem to bifurcate. This is particularly visible in the field of feminist theory and politics. Separating art from activism (and feminist politics) only contributes to strengthening a model of thinking in which art would fulfil a reproductive role.

The subversive articulation between art and politics is fundamental for the radical transformation of our lives. Hence the importance of artistic practices, both positioned and activist, in the normalized spaces of the arts that are not functional for the reproduction of a certain model of social relations (patriarchal and capitalist). Art has an important political function, insofar as it enables the construction and nourishment of the common sense of an era, generating new imaginaries and allowing the counter-hegemonic struggle to advance.

From what makes up Western art, and particularly for what was modern art and is contemporary art, this exhibition gives an account of a critique that arises from its place of enunciation and positioning, which undoubtedly relate to a feminist critique of the construction of the spheres of the world and its universal subject, its human nucleus, embodied in the individual masculine action (of a white, heterosexual man). And this place of enunciation and positioning is the place of the common, of the collective, which is not the enemy of people's subjectivity, but its place of protected realization, as Rita Segato says. These are elements that are expressed in the exhibition as a whole, and which appear to be of vital importance for the arts, since they manifest a positioning based on otherness, diversity and dialogue: The first is the invitation made by the artist, Katia Sepúlveda, to carry out a project in which she gives the space of the individual exhibition to other subjects, the collective Histeryx (Peru) and Pezones Metralletas (Machine Gun Nipples, Bolivia), who operate in the space of activism and street creation. She makes them visible from her small privilege as an artist in Chile, as she herself says, out of a desire to collectivize and move towards " depatriarchalization ". Thus, this work becomes a collective and collaborative work. The collaborative speaks to us of the recognition of the parts of a process, very rarely recognized in the art world. It is about the recognition of bodies historically constrained in the category of helpers, and not co-creators, or hopefully confined to history and the archive. In this sense, a relationship arises with the beautiful pink neon in the showcase that says: In order to de-border, one must caress. To put an end to those divisions of hierarchical otherness is only possible through a loving gesture. The second is that this is where a solo exhibition, based on collaboration, tensions from the collective and collaborative - with its limits and scope - and leaves in evidence the moribund or agonizing persistence of the idea of the individual creative genius, as Silvia Rivera Cusicanqui observes, and the linking of this image of the creative genius in his workshop with masculinity (as a norm, discourse and western icon of the power of creative action). Nothing clearer to understand why this solitary genius artist has never been imagined as a woman, is Woolf's well-known phrase: we women don't have our own room to create. Which doesn't mean we don't, of course.

Following the idea of love, both in the video La actitud Post porno (Post Porn Attitude), and in dealing with the drama of forced sexual slavery, it manifests an affectionate relationship with loving otherness, a caress that breaks with the dominant modes of systemic and basal violence in a tripartite geographical border space, which defines some states as imposed, imaginary, ideological and, above all, patriarchal limits. In this sense, the name of the exhibition, Giro Panfronterizo (Pan-border Turn), makes us reflect on the existence of frontiers at all levels, from the level of corporeality, imposed identities and institutional geographies, but at the same time it suggests that these frontiers are in movement, conflictive and permeable. The bodies here represent and do not represent the triple Chilean/Bolivian/Peruvian border, where the wind speaks, sings and even rebukes, as Nadia Callaú writes. They represent it through the imposed identity of nationality on certain bodies; but they do not represent it because these bodies are not exhausted in the imposition, but comprise other identities that conflict with the limits of the nation-state. What happens when three bordering states are represented in women's bodies? For us arises Apátrida (Statelessness), the second collaborative video exhibition, emerges. These limits are not only external-territorial, the state has imposed modes of relationship in its institutionalization, which broke with the other subjects, made them invisible, silenced them, such as women, and all those who do not fit into the supposedly abstract category of citizen. The modern Western colonial state is an institution that is intertwined with patriarchy, as María Galindo asserts. Feminist theoretical thought has developed the thesis of the patriarchal state, as well as the importance of constructing a feminist theory of the state. A variety of authors, from Catharine MacKinnon to Rita Segato, critique an institution that is based on a fierce division between the public and the private. One that is based on a monolithic idea of the family that exploits women's bodies. Not only do we subsidize the state and the universal masculine subject with our work, but also our bodies are endorsed as the property of men and for their enjoyment, for their consumption to the point of annihilation. In this way, the modern state treats nations as if they were wives, since there is a legitimate "The Nation" that provides and reproduces the first-born - the male citizen, the creative genius in art - and the rest of the nations, the indigenous, racialized nations, we are the second, the unloved ones, who deliver the miscegenated workforce, with all the nuances that can exist from a class point of view.

Finally, we would like to highlight the beautiful work of the collective Pezones Metralleta (Machine Gun Nipples), which gives voice and image in such a respectful way to those who suffer the exploitation, cruelty and silencing of our sisters. It is thanks to collaborative works such as these that we construct feminist counter-imaginings, thus allowing us to open up "a genealogy contaminated with many other knowledges and complexities" as Katia Sepúlveda tells us in the exhibition catalogue.